Even the punished were allowed meat & wine on Sundays! 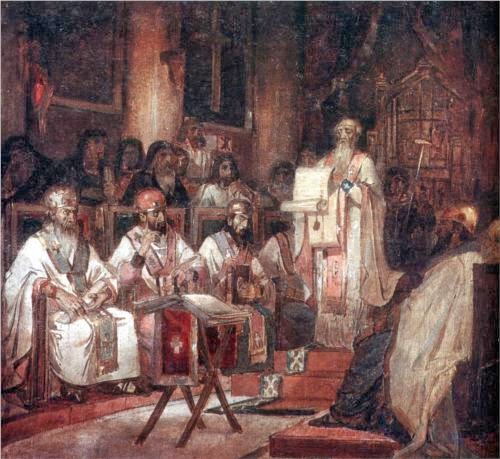 It was a custom in some ages of the Church to hand down, as punishment, a restriction on eating meat and drinking wine. However, this punishment was often lifted on Sundays. At the council of Tribur in 895, lead by several Archbishops under Pope Sergius, it was declared as a penance that the: "penitent might not eat meat nor drink wine, except on Sundays and festivals."

image via wikipaintings in the Public Domain. The Council 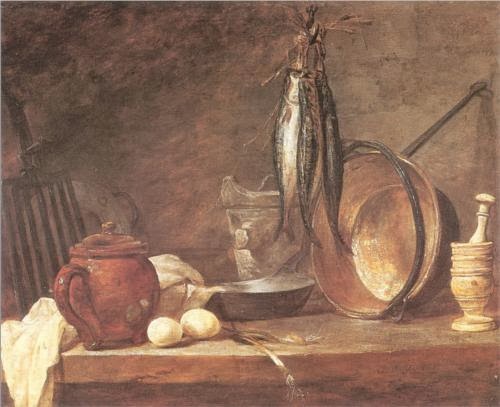 "And when you fast, be not as the hypocrites, sad. For they disfigure their faces, that they may appear unto men to fast. Amen I say to you, they have received their reward. But thou, when thou fastest anoint thy head, and wash thy face; That thou appear not to men to fast, but to thy Father who is in secret: and thy Father who seeth in secret, will repay thee." 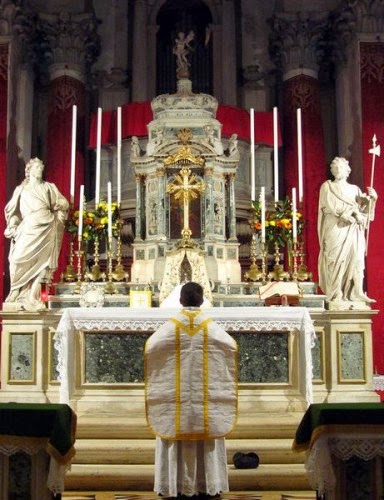 Lenten Journey: Be converted to God with all your heart! 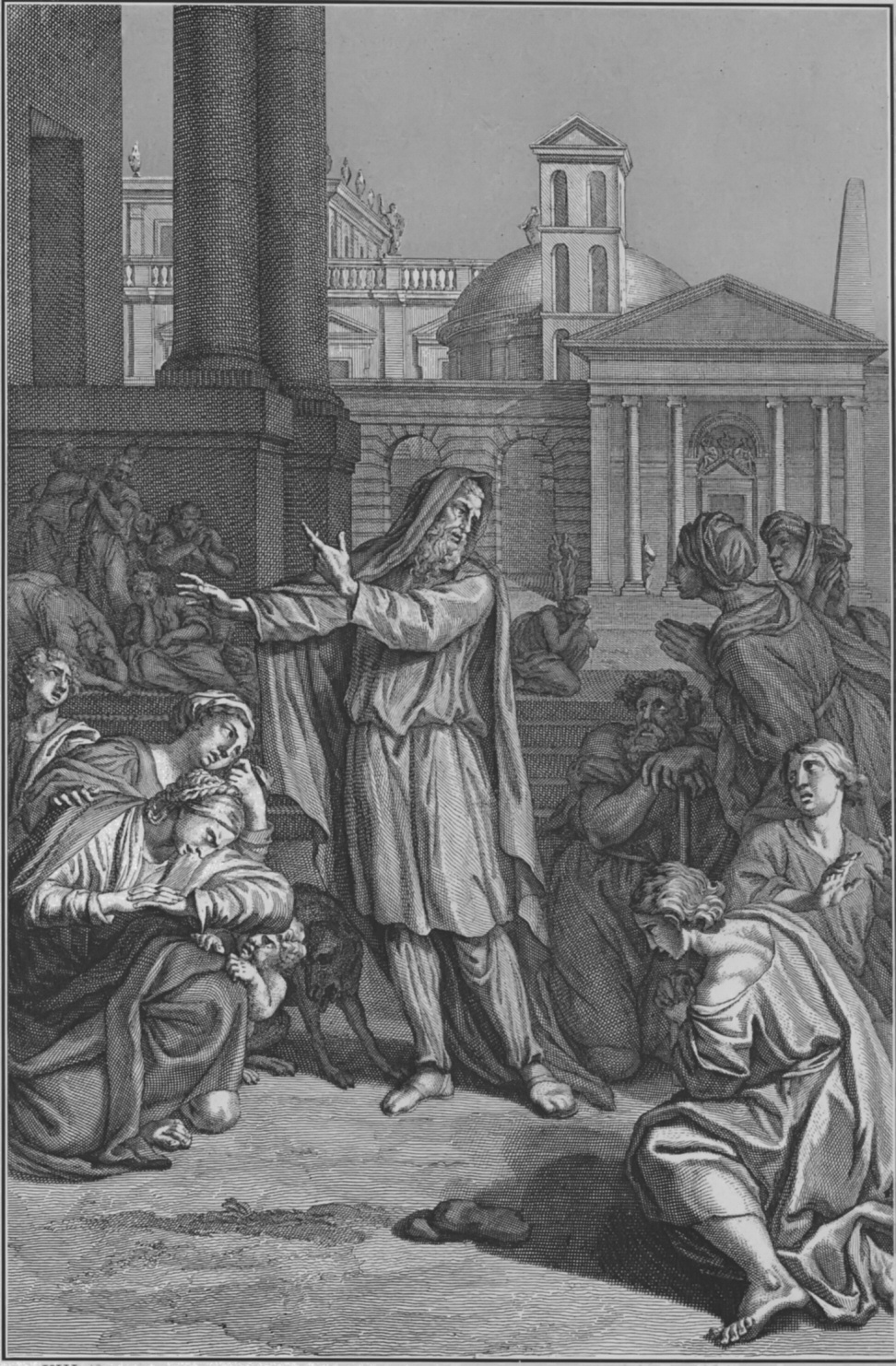 Part way through our Lenten Journey the words from Joel 2:12 - 19 (from Ash Wednesday) are a powerful reminder of our call to conversion during this penitential time!

"Now, therefore, saith the Lord. Be converted to me with all your heart, in fasting, and in weeping, and mourning. And rend your hearts, and not your garments and turn to the Lord your God: for he is gracious and merciful, patient and rich in mercy, and ready to repent of the evil. Who knoweth but he will return, and forgive, and leave a blessing behind him, sacrifice and libation to the Lord your God? Blow the trumpet in Sion, sanctify a fast, call a solemn assembly, Gather together the people, sanctify the church, assemble the ancients, gather together the little ones, and them that suck at the breasts: let the bridegroom go forth from his bed, and the bride out of her bridal chamber. Between the porch and the altar the priests, the Lord’s ministers, shall weep, and shall say: Spare, O Lord, spare thy people: and give not thy inheritance to reproach, that the heathens should rule over them. Why should they say among the nations: Where is their God? The Lord hath been zealous for his land, and hath spared his people. And the Lord answered, and said to his people: Behold I will send you corn, and wine, and oil, and you shall be filled with them: and I will no more make you a reproach among the nations."

The Holy Father, in “Evangelii Gaudium”, challenged the laity to stay true to the Church's central mission of preaching "the beauty of the saving love of God made manifest in Jesus Christ". Modern advancement in technology has given us the opportunity to take on this challenge and to fulfill the call of the “New Evangelization” , championed by Pope John Paul II,  by using modern methods of catechesis to bring Christ to all people.

With this in mind I am currently working on a project with the Diocese of Honolulu to create a Catechetical Video Series. The initial goal of the series is the creation of 4 catechetical videos based on the core theology modules required by the Diocese for basic catechetical certification. The hope is that the completed videos will be dynamic, effective, and uniquely depictive of our island culture. Here is a short snippet of an early trailer we have created:

Fasting on Sundays? No! 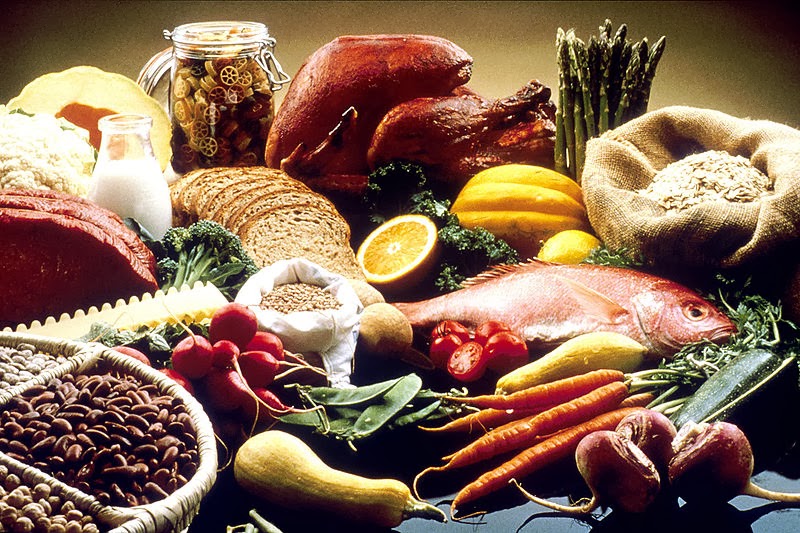 The 64th declares those persons not to be catholics who fast upon Sunday."

Landon, E. H. (1909). In A Manual of Councils of the Holy Catholic Church. Edinburgh: John Grant.

"[DS 454] 4. If anyone does not truly honor the birthday of Christ according to the flesh, but pretends that he honors (it), fasting on the very day and on the Lord’s Day, because, like Cerdon, Marcion, Manichaeus, and Priscillian, he does not believe that Christ was born in the nature of man, let him be anathema."(Council of Braga II, 561AD)

(Anathemas against Heretics, especially the Priscillianists) Denzinger. The sources of Catholic dogma (p. 93). 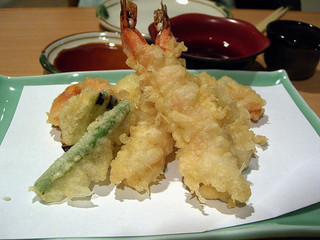 Today (3/12/14) begins the Lenten Embertide. One of the four times a year that the Church calls the ʻEmber Daysʻ or the ʻQuatuor Temporaʻ in Latin

They are "the first Wednesday, Friday, and Saturday of each of the four seasons of the year, set apart as fast days by the Catholic Church. According to the testimony of Pope Leo, they originated in the time of the Apostles, who were inspired by the Holy Ghost to dedicate each season of the year to God by a few days of penance; or, as it were, to pay three days’ interest, every three months, on the graces received from God. The Church always commanded the Faithful to fast at the beginning of each of the four seasons of the year, because it is at this time that she ordains the priests and other servants of the Church, which even the Apostles did with much prayer and fasting." (Thein, J., 1900. Ecclesiastical Dictionary)

A much deeper look at the Ember Days, including a more detailed look at its historical roots, can be found in a great article by Michael P. Foley called ʻThe Glow of the Ember Daysʻ. You can read it here - http://rorate-caeli.blogspot.com/2008/09/glow-of-ember-days.html

One of the unique stories , and a favorite of many local Hawaiian Catholics, surrounding the ʻEmber Daysʻ is that of how the ʻEmber Daysʻ led to the creation of the very tasty and very popular food, Shrimp Tempura! Mr. Foley explains it in his article

"In the sixteenth century, when Spanish and Portuguese missionaries settled in Nagasaki, Japan, they sought ways of making tasty meatless meals for Embertide and started deep-frying shrimp. The idea caught on with the Japanese, who applied the process to a number of different sea foods and vegetables. They called this delicious food—have you guessed it yet?—“tempura,” again from Quatuor Tempora. " (M. Foley. Fall 2008 issue of The Latin Mass Magazine, vol. 17:4)

So either today, Friday, or this Saturday, in honor of the Apostolic tradition of the ʻEmber Daysʻ consider including Tempura as the main part of your one full meal! Its  a food with a very Catholic history :)

Archbishop Alexander Sample of the Archdiocese of Portland in Oregon celebrated a Pontifical High Mass in the Extraordinary Form at the Brigittine Monastery in Oregon.

Here is an HD quality recording of his excellent words on the Latin Mass. HT to Father Z for sharing this video 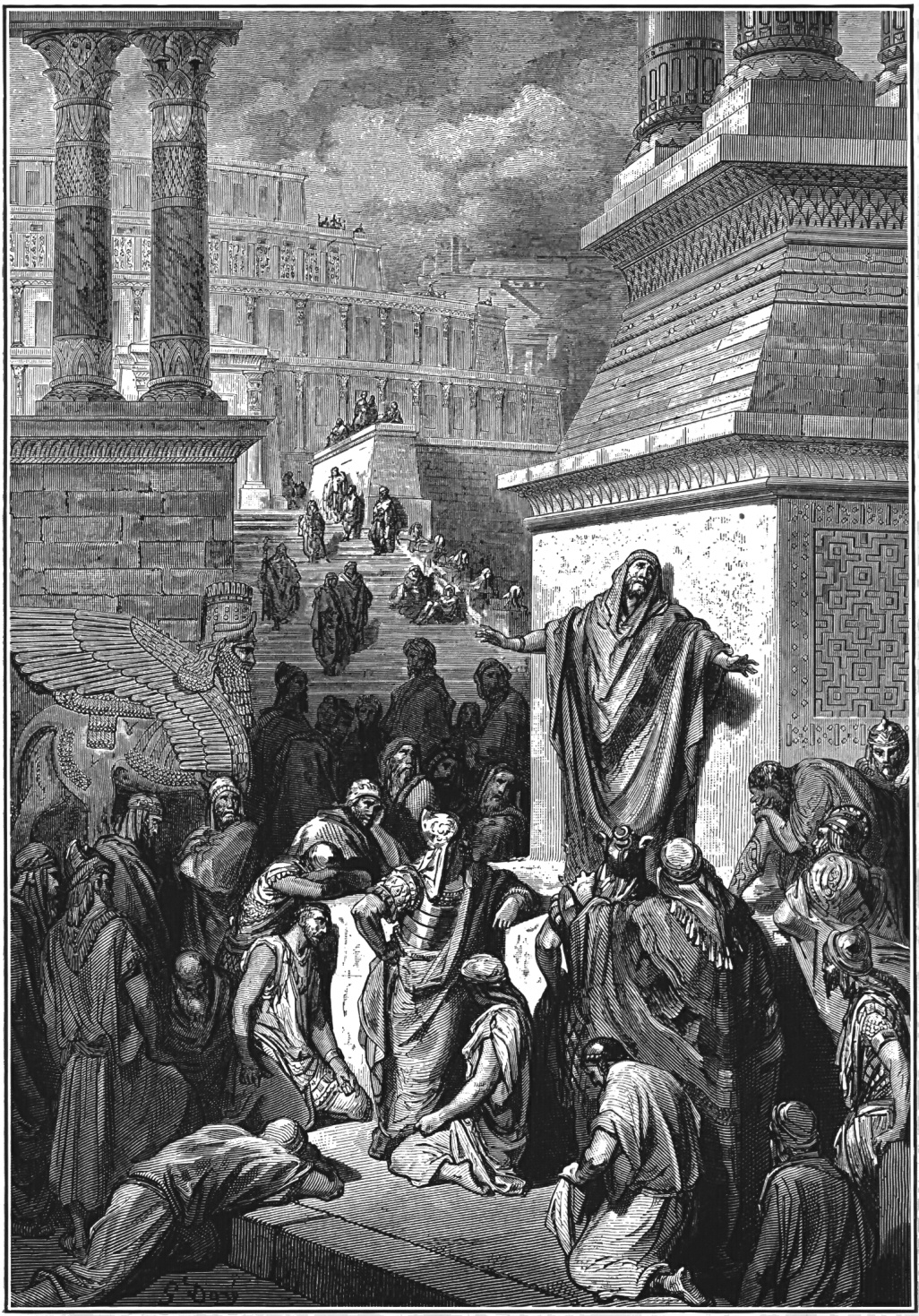 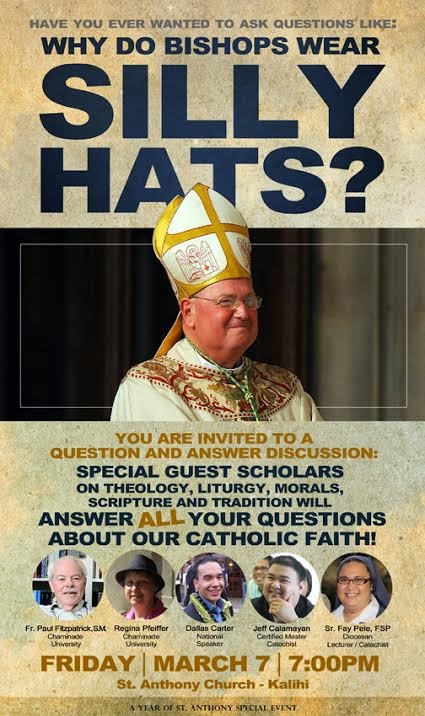 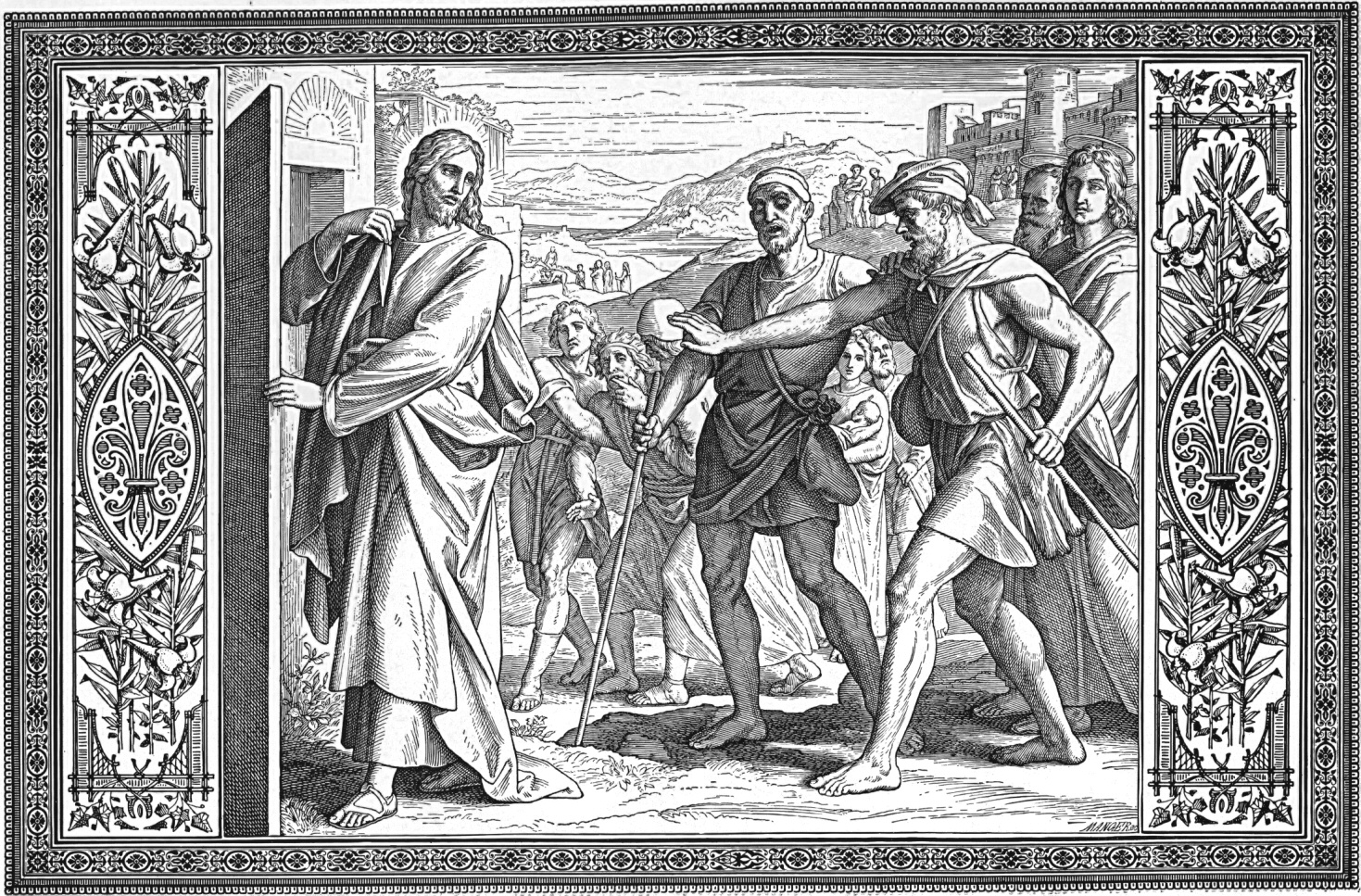 This Gospel from this past Sunday, Quinquagesima Sunday, was from Luke 18:31-43 part of which is the story of Bartimeus the blind man of Jericho, the son of Timeus.

"Now it came to pass, when he drew nigh to Jericho, that a certain blind man sat by the way side, begging. And when he heard the multitude passing by, he asked what this meant. And they told him that Jesus of Nazareth was passing by.  And he cried out, saying: Jesus, Son of David, have mercy on me. And they that went before rebuked him, that he should hold his peace: but he cried out much more: Son of David, have mercy on me. And Jesus standing, commanded him to be brought unto him. And when he was come near, he asked him, Saying; What wilt thou that I do to thee? But he said: Lord, that I may see. And Jesus said to him: Receive thy sight: thy faith hath made thee whole. And immediately he saw and followed him, glorifying God. And all the people, when they saw it, gave praise to God."

The Navarre Biblical commentary had an excellent insight, from St. Augustine, about this passage. Respond to God's special Graces urgently because we don't know when they will be offered again!

"The blind man of Jericho is quick to use the opportunity presented by Christ’s presence. We should not neglect the Lord’s graces, for we do not know whether he will offer them to us again. St Augustine described very succinctly the urgency with which we should respond to God’s gift, to his passing us on the road: “Timeo Jesum praetereuntem et non redeuntem: I fear Jesus may pass by and not come back.” For, at least on some occasion, in some way, Jesus passes close to everyone." (Anon, 2005. Saint Luke’s Gospel, Dublin; Scepter Publishers.)

Here are pictures from my latest batch of wine made in honor of St. Pius X bottled last week (end of February 2014) I named it Hereticʻs Bane since that IS what he was! Thank you to Courtney W. for making the awesome design for the label. Next up on the winemaking list is the 2014 version of Hilaireous Gilbert! Check out the post on my 2013 version HERE 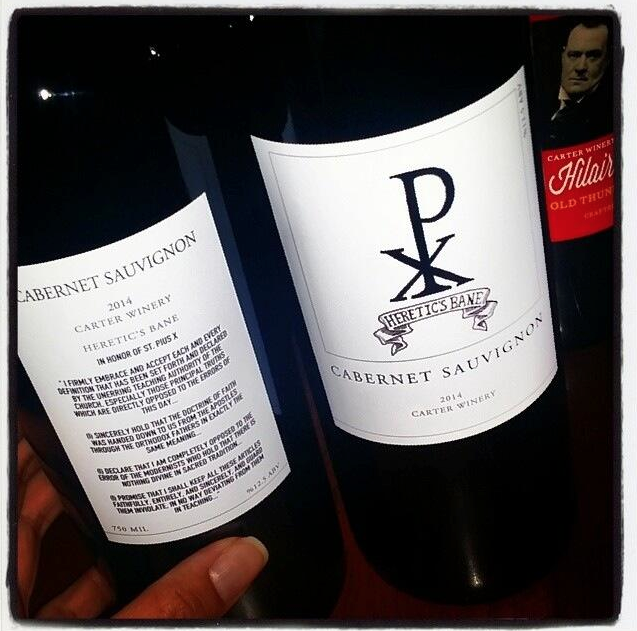 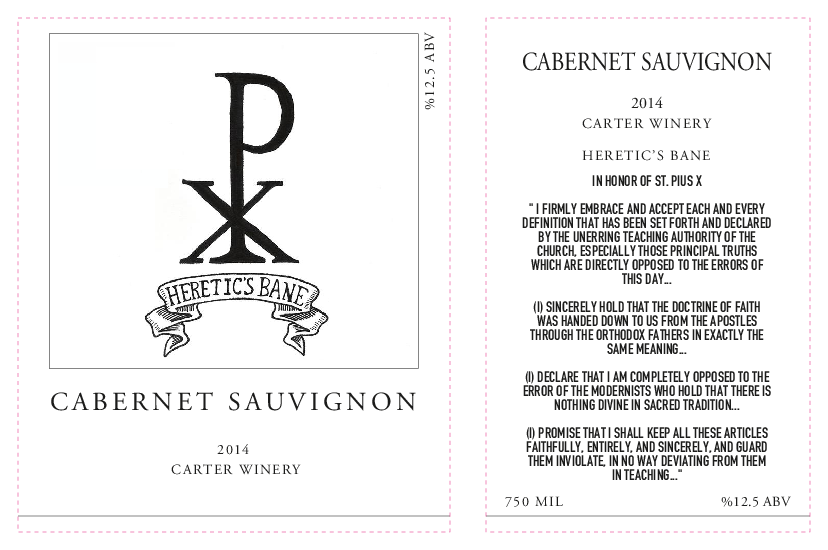 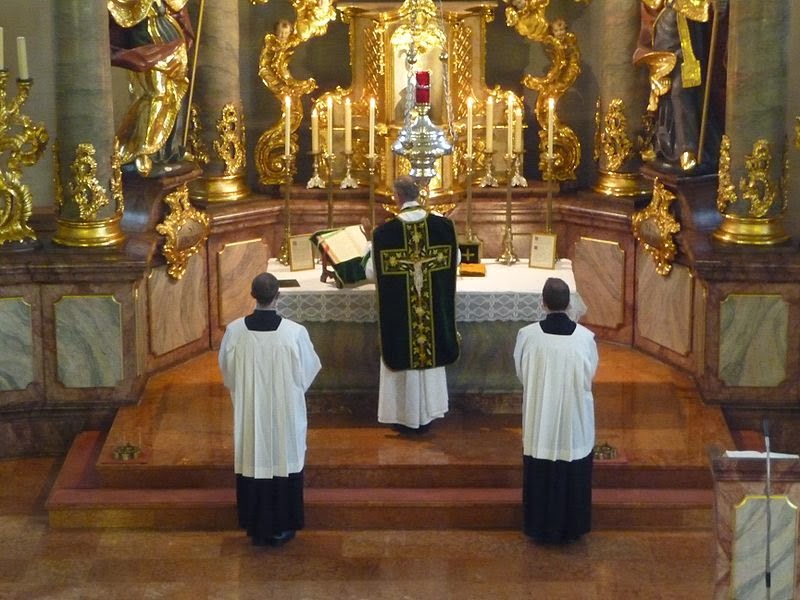 OREMUS
I pray thee, O Lord to take away the iniquity of thy servant. 2 K 24:10
Every one that shall touch the Altar shall be holy, Ex 29:37
The Saints whose relics are under the Altar are invoked. Ap 6:9

INTROIT
Give glory to Him because He hath shown His mercy to you. To 12:6
O Lord, our Lord, how admirable is Thy Name in all the earth! Ps 8:10

THE ANGELICAL SONG
Glory to God in the Highest: and on earth peace to men of good will. Lu 2:14

The next post of this series will go through the Gospel