St. Nicholas has come to bring gifts and punch heretics!

A few weeks ago, on December 6th, we celebrated the Feast of St. Nicholas. As we approach Christmas day I would like to revisit some of the famous stories about this great saint. MY favorite story of St. Nicholas deals with his presence at the Council of Nicaea where he slapped the heretic Arius for his denial of the two natures of Christ!  Here is Dr. Taylor Marshall, of http://www.taylormarshall.com, retelling the story:


BUT, of course, my children much prefer the other famous stories of St. Nicholas or ʻSanta Clausʻ which is a rough distortion of his name. The Pictorial Lives of the Saints (Shea, J.G., 1887) recounts one of his famous stories here: 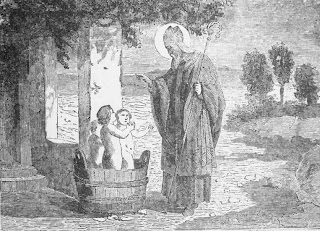 image from The Pictorial Lives of the Saints (Shea, J.G., 1887). Public Domain

Pope Melchiades on the Sacrament of Confirmation 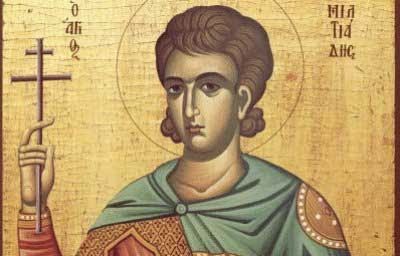 Some non-catholics claim that Confirmation is an unnecessary sacrament because they see it as one in the same with Baptism.

"The Holy Ghost, Who comes down on the waters of Baptism bearing salvation in His flight, bestows at the font, the fullness of innocence; but in Confirmation He confers an increase of grace. In Baptism we are born again unto life; after Baptism we are strengthened" - Pope Melchiades (~311 A.D.) (From STh., III q.72 a.1 resp.)

image from the 'Public domain' (Picture of Holy Card)