Title: 'The Year of Faith: An introduction to using Scripture'

Synopsis:  St. Paul tells St. Timothy in his second letter to him that "All scripture, inspired of God, is profitable to teach, to reprove, to correct, to instruct in justice: That the man of God may be perfect, furnished to every good work." (2 Tim 3:16-17) During this wonderful 'Year of Faith' lets discuss how to effectively read, understand,  and use the Word of God in our personal faith lives, as well as in catechetical and evangelistic contexts.

Please join me at Henry Louis in Mapunapuna! Register at the link below: 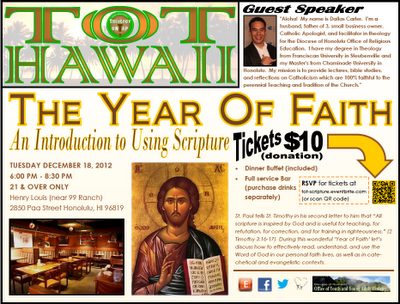 CLICK ON THE IMAGE ABOVE FOR MORE EVENT DETAILS

The Diocese of Honolulu embraced its second saint today, St. Marianne Cope, the patron saint of outcasts, for her work throughout Hawaii and on the Kalaupapa Peninsula, where she cared for those suffering with Leprosy. Here is the Holy Father speaking on St. Marrianne Cope as exemplifying the best tradition of Catholic nursing sisters

In honor of her here is a clip of ʻThe Song of St. Marrianeʻ, composed using her own words in the 1800ʻs and with the help of some native hawaiian influence.

'Father, forgive me' - The Biblical Basis for the Sacrament of 'Confession' at the Benedictine Monastery 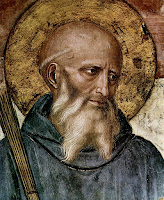 The cult of 'emotionalism' and the protestantization of the Church in the west has blinded us from the power of God's Grace given through His Church. How frequently we forget the great power of the sacraments, the visible and outward sign of God's invisible and inward Grace. Penance is one of these sacraments. The fact is that the priestly forgiveness of sins is a far great miracle than even raising the dead because it restores our sanctifying grace and can restore us into communion with the Church saving us from eternal hellfire! Here is a link of a lecture I had the honor of doing recently at the Benedictine Monastery in Wailua on the island of Oahu on the Biblical basis of Confession.

* In Summary it says that we must confess our sins to God (1 Jn 1:9). We are to confess to 'one another' in the presence of the presbyters (priests)(Jas 5:16). The OT prepares us for the process of confessing to priests (Lev 5:5-6). We see that Christ has the authority to forgive sins (Mt 9:6-8), gives the authority to his disciples (John 17:18, John 20:21-23) who now are ambassadors for this ministry of forgiveness (2 Cor 5:18 -21)* Listen to the Bible study on the biblical basis for the sacrament of Confession.

image from the 'Public domain' via wikimedia commons. St. Benedict, From a fresco by Fra Angelico 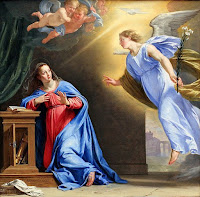 This audio lecture was recorded at Our Lady of Perpetual Help in Ewa Beach as part of the 'Ongoing Formation' program from the Diocese of Honolulu. The lecture was titled 'Mary Most Holy'.

The depth of this Tradition teaches us not only about the wondrous role that Mary plays in salvation history but also reveals to us the amazing love that Jesus had for his mother. This undoubtedly teaches powerful truths about Jesus and gives us insight into the mystery of his Divinity, the Incarnation, and the Trinity. To learn about His mother is to learn about Him.

Blessed Johannes Duns Scotus, O.F.M, most known for his beautiful defense of Mary's Immaculate Conception, quoted St. Anselm when he exclaimed "Potuit, decuit, ergo fecit" Which means that Mary was preserved from the stain of original sin because God "Could do it, it was appropriate, therefore He did it!" In this class we covered the 4 defined Marian Dogma and see that Mary, as the Mother of God, was preserved from original sin, was perpetually virgin, and was assumed body and soul into heaven where she sits as the Queen of Heaven.

I am looking forward to this movie. The Diocesan Young Adult Office is working on getting this movie screened here on Oahu. I am particularly excited that certain parts of St. Ambroseʻs life (my Patron Saint) are highlighted as well!

This video is from quite some time ago but I enjoyed watching our Bishop speak about St. Damien at Iolani Palace. St. Damien is the not only the Patron of Hawaii but the Patron of the Hawaiian people. He spoke the language, knew the culture, and loved the people.

Resource books
Catechism of the Council or Trent - http://amzn.to/2mSpLBM

Fundamentals of Catholic Dogma - http://amzn.to/2n9nvId
*A list of Catholic Beliefs and the level of theological certainty that the Church attributes to it.

*The documents and councils from which we receive our defined doctrine.

Some of my favorite Books
Theology and Sanity - http://amzn.to/2n9mXBY
* This is the very first theology book I was assigned as Freshman at Steubenville. A short look at not only catholic teaching but of an entire catholic worldview. Hands down my favorite theology book.

The Fathers Know Best - http://amzn.to/2n9mnUL
* This one is more of a resource book too BUT its great to read cover to cover as well.

Whats wrong with the world- http://amzn.to/2mWBgZD

* HONESTLY anything you can get from Chesterton is awesome! He wrote nearly 80 books and over 15000 articles!

I stumbled upon a short clip put together by www.realcatholictv.com on the life of St. Damien of Molokai. He is the Patron Saint of the Diocese of Honolulu and of Hawaii. The video is a bit older (as it was released right prior to his Canonization) but is still a wonderful brief look at his life. For more information on St. Damien please visit www.fatherdamien.com

A few months ago I had the honor of going on a pilgrimage to St. Damienʻs Church along with Fr. Joseph Lee, FSSP. Click Here to watch the video of our journey.

Ancient Truths in the Modern World

I recently presented at the 2012 NCCL Conference in San Diego. My topic was to discuss effective ways to use modern technologies to deliver the perennial teachings of the Church.

Click Here for the Powerpoint Files for the Presentation

While in San Diego I had the privilege of fellowshipping as well as learning quite a bit from Carson Weber of CatholicBoard.com as well as Fr. Jarrod Lies of the Diocese of Wichita. I also had the opportunity to visit St. Anneʻs Parish of the FSSP for Mass. What a wonderful experience!

'Where is God in your family?' - A mission in Molokai 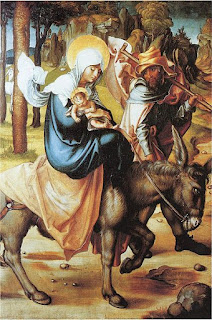 I had the honor of visiting the island of Molokai several months ago for a lay catechetical mission. The theme for the gathering was 'Family & Marriage'.
I decided for my session to focus on the greatest of all families, the PERFECT family, the Holy Family. In this lecture I focus on the example given to us by the Holy Family and how we ought to strive, in our families, to mirror the beautiful relationship and powerful love that the Holy Family shared.
The second part of the talk focuses on The Holy Sacrifice of the Mass as the Summit of our Faith (CCC 1324) and how worshipping together strengthens our families and allows us to aid each other in striving towards what the Blessed Sacrament itself foreshadows, the 'future eternal joy and glory, which, according to God's promises, we shall receive in our heavenly country.' (Catechism of the Council of Trent)
Click Here to Download the Mp3
Click Here for the Printed Class Material
image from the 'Public domain' via wikimedia commons. Deutsch: Die sieben Schmerzen Mariä, Mitteltafel, Szene: die Flucht nach Ägypten (licensed under the GNU Free Documentation License)

It opens on March 23, Friday at Ward Theaters in Honolulu and will have showings throughout Hawaii through April. Support it. Movies that make sense, that defend life and truth, find it hard to find good traction in our modernistic media culture. We can do our part by promoting this movie and others like it.

TO GET STARTED PLEASE WATCH THE VIDEO ABOVE

His Excellency, Bishop Larry Silva and the Holy Mass in the Usus Antiquior (Tradtional Latin Mass) 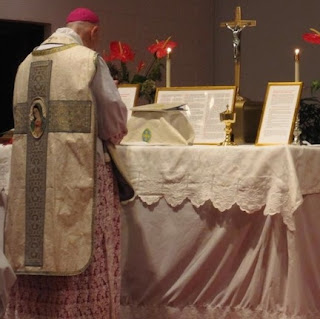 An article at The Eponymous Flower details that 254 Cardinals and Bishops Have Celebrated the Tridentine Mass (Traditional Latin Mass) since Summorum Pontificum.
Though this number is sadly quite low in the context of how many Bishops the Church actually has, I wanted to express my gratitude for Bishop Silva supporting the celebration of the TLM in His Diocese and providing the sacrament of Confirmation to those who wish to receive the sacrament in the Traditional form. Please keep Bishop Silva, for his continued good health, and the Diocese of Honolulu in your prayers.
Te Deum laudamus!

Pilgrimage to Kalaupapa and Mass on the Altar of a Saint with Fr. Joseph Lee, FSSP 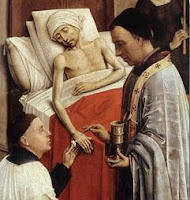