Podcast Conversation between Dr. Taylor Marshall and I on Jiu Jitsu for Mental & Bodily Virtue

Borrowed from Dr. Taylor Marshall's youtube description: "Dr Marshall (BJJ blue belt) interviews Dallas Carter (BJJ purple belt) about discovering Jiu Jitsu. We describe the mental and physical benefits of martial arts and debate whether Christians can and should do martial arts or watch MMA/UFC. If you do BJJ or are interested in it, listen to this episode."

Before Whom Angels Bow and Devils Tremble 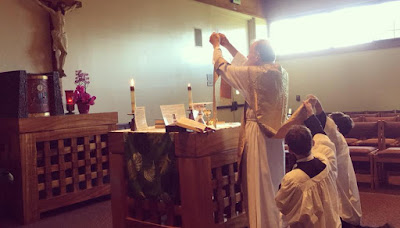 “Nothing is so consoling, so piercing, so thrilling, so overcoming, as the Mass, said as it is among us. I could attend Masses forever and not be tired. It is not a mere form of words—it is a great action, the greatest action that can be on earth. It is not the invocation merely, but, if I dare use the word, the evocation of the Eternal. He becomes present on the altar in flesh and blood, before Whom angels bow and devils tremble. This is that awful event which is the scope, and is the interpretation, of every part of the solemnity." - Cardinal Newman
(Pic from Mass at St. Ann's, Kaneohe, Oahu with Fr Richard McNally, ss.cc.) 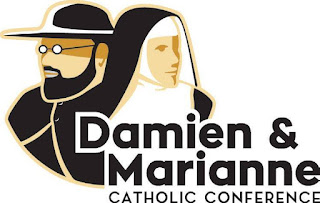 For those of you that attended my class at the 2018 Damien & Marianne Catholic Conference the links to my powerpoint and handout are below.

Usus Antiquior at the Cathedral of Our Lady of Peace

My son had the honor of serving at the first public Mass offered in the usus antiquior at the Cathedral Basilica of Our Lady of Peace in fifty years! He was so excited! The Mass was done in honor of the 175th anniversary of the dedication of the Cathedral. This is the Cathedral where St. Damien of Molokai was ordained and where St. Marianne Cope often prayed and went to Mass. CLICK HERE to see video of this beautiful and historical occasion 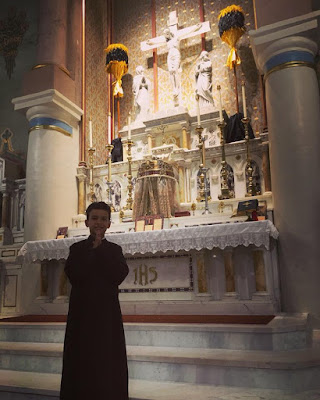