Who will defend our Queen's legacy? 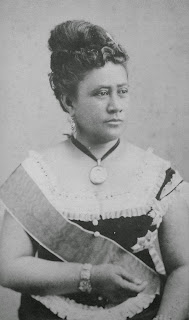 In 1890 Queen Kapiʻolani founded the Kapiʻolani Maternity Home because of her love of the Hawaiian people and her desire to continue the ancient tradition of caring for those in need, especially young children and mothers during child birth. This was truly one of her greatest works and continues to be a symbol of her legacy throughout the islands.

At this very moment there is an outrageous attack on the queen's legacy and the young women and children she worked so hard to help. In his recent article "Tuskegee on the Pacific," Jason Scott Jones, prominent movie producer and author, revealed some of the atrocities going on at the Kapiʻolani Medical Center by researchers from the Universities of Hawaii and Washington:

"a group of researchers are conducting the same kind of reckless, dehumanizing research in Hawaii. The subject? Late term abortion, itself a grotesque practice that butchers unborn children who are edging close to viability, who if they were simply born would qualify as neo-natal patients. The object? As Kristan Hawkins, of Students for Life of America, has reported:

Researchers in Hawaii are recruiting girls as young as 14 to participate in second trimester abortions, where the preborn baby is 18-24 weeks gestation, in order to test whether or not oxytocin can reduce bleeding in mothers during and after abortion. The study is being conducted by the University of Hawaii and the University of Washington in Seattle.
Some of the mothers will be given anti-bleeding medication; others will not. And none of the women subjected to this gruesome procedure will get any follow-up doctor visits. They will be discarded, along with their babies, like so much medical waste. As Troy Newman told Breitbart.com:
This study is reminiscent of Nazi concentration camp experiments. I pity the poor women who are being treated like lab rats, especially those who are denied the drug to reduce hemorrhaging."
Please see the entirety of Jason's article HERE . These atrocities should be an outrage not only to those who value human life but also to all of those who take pride in the traditions of our Hawaiian ancestors - our kūpuna - and the monarchs of old. These 'experiments' attack not only the completely defenseless pre-born babies (close to, if not already at, viability), but also the exploited young women who will be used as arbitrary experimental subjects by a death-hungry culture.

What about now? Queen Kapiʻolani would certainly be outraged at what is going on at the place she worked so hard to establish to help babies and their vulnerable mothers. Where are the protestors? Where are the kānaka maoli warriors rushing to the aid of the queen? Who will defend our queen, her legacy, and the women and children she cherished?

image from the 'Public domain' via wikimedia commons.  Queen Kapiolani, by A. A. Montano