The Paradoxes of Christianity 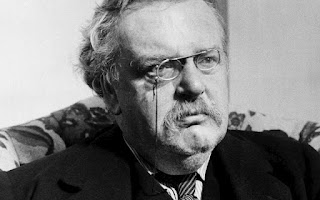 "There had suddenly come into my mind another explanation. Suppose we heard an unknown man spoken of by many men. Suppose we were puzzled to hear that some men said he was too tall and some too short; some objected to his fatness, some lamented his leanness; some thought him too dark, and some too fair. One explanation… would be that he might be an odd shape. But there is another explanation. He might be the right shape" -- GKC