Chesterton on Theology, Religion, and God 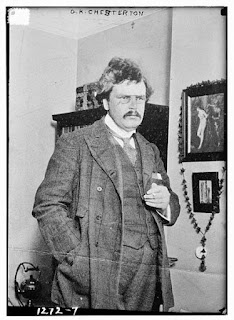 “Theology is only thought applied to religion.” - The New Jerusalem

“If there were no God, there would be no atheists.” – Where All Roads Lead

“The truth is, of course, that the curtness of the Ten Commandments is an evidence, not of the gloom and narrowness of a religion, but, on the contrary, of its liberality and humanity. It is shorter to state the things forbidden than the things permitted: precisely because most things are permitted, and only a few things are forbidden.” – ILN

“The riddles of God are more satisfying than the solutions of man.” – Introduction to the Book of Job