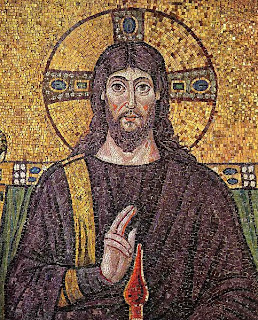 The ecclesiastical writer Tertullian alludes to using the sign of the cross in his De Corona Militis, cap. iii. around the year 200A.D. It is also seen throughout the Early Church, in conjunction with the words ʻIn the name of the Father, and the Son, and the Holy Ghostʻ, for the convection of baptism as well as a defensive sign against harm and evil (St. Cyprian, Tr. de Laps. , De Unit. Eccles. & L. 2, Testim., 258 A. D.)

Many early Martyrs of the Church, like the Twenty-three Christians of the company of St. Abundantius, also signed themselves on their way to their execution (303 A.D) (The Book of Saints. 1921)

Holy Church has always recognized the power of this prayer that has been used by Catholics throughout history and has even generously attached indulgences to the person that makes the sign of the Cross:

"The faithful, as often as they devoutly sign themselves with the sign of the Cross, with the invocation of the Most Holy Trinity: "In the name of the Father," etc., are granted: An indulgence of 3 years." (Apostolic Brief, July 28,1863; Ap., February 10, 1935) (Enchiridion Indulgentiarum n.55)

* Dont know how indulgences work? Check out THIS POST